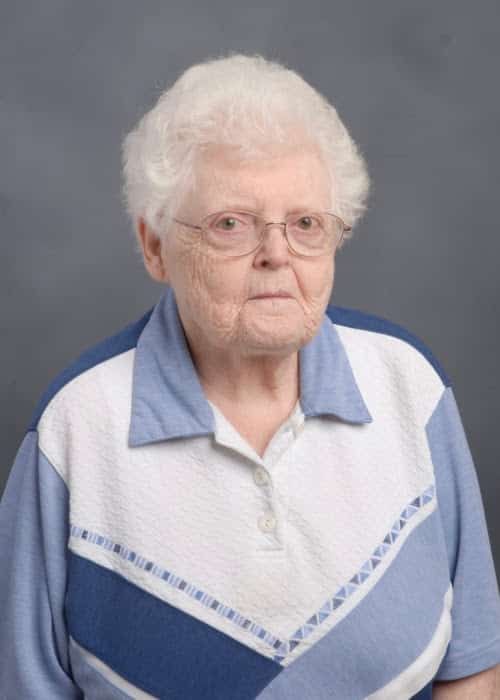 Anita Hager, SCN, 89, was born in Henderson, Kentucky. She died at Nazareth Home, Louisville, Kentucky, on January 27, 2019. She was a professed Sister of Charity of Nazareth for 66 years.

Sister Anita served in educational ministries in both grade and high school. She taught at the grade school level at St. Agnes School in Louisville 1952-1957 and at schools in Owensboro, Kentucky, Morganfield, Kentucky, and Newburyport, Massachusetts. She taught high school home economics, government, history and English at Immaculate Conception in Dennison, Ohio, Good Shepherd in Frankfort, Kentucky and St. John Central in Bellaire, Ohio. She also served as a librarian at La Salette Academy in Covington, Kentucky.

As director of Be Concerned, Inc. in Covington, Kentucky, she served low-income residents in the area.

She served as the manager of the bookstore at Catherine Spalding Center at Nazareth and as the librarian at the Motherhouse at Nazareth.

Sister Anita is survived by her nieces and nephews, and by her religious community.

Her Wake will be on Thursday, January 31 at 6:30 p.m. at St. Vincent de Paul Church, Nazareth, Kentucky.

The Mass of Christian Burial will be celebrated Friday, February 1 at 10:30 a.m. at St. Vincent de Paul Church, Nazareth, Kentucky followed by burial in Nazareth Cemetery.