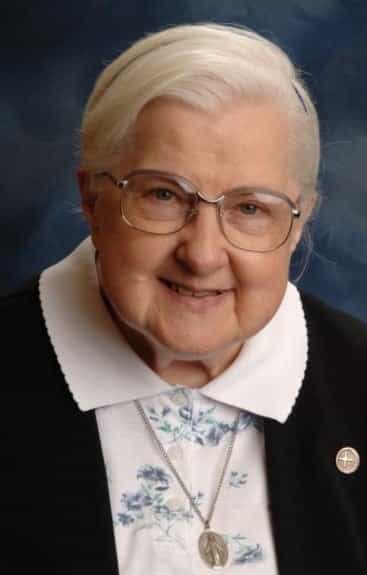 In 1978, Sister Anastasia began ministry at Regency Hall Nursing Home in Pittsburgh where she served in a number of roles. She created “Reality Orientation” classes for those with dementia to help residents stay oriented and navigate memory loss. She served as a receptionist, as well as assisting with payroll for 18 years. From 2001 to 2008, Sister Anastasia also ministered in payroll at St. Louise Convent and volunteered in the mailroom. In recent years, she ministered in the apostolate of prayer.

Sister Anastasia was much loved by former patients and students alike. A sports enthusiast, she supported sports teams wherever she taught. Over the years, many of her students kept in touch and visited her. She was also a prolific writer, a gifted poet, and loved sharing a good joke with others.

In light of the pandemic, a Memorial Mass will be held at a later date. Sister Anastasia will be buried in the Nazareth Cemetery on Monday, April 5, 2021, at 1 p.m. The prayer ritual will be filmed and shared.